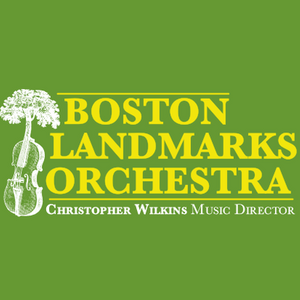 During our 8/18 digital concert, we will play Amy Beach's "Two Browning Songs" from her "Three Browning Songs, Op. 44". Suffragettes often pointed to Amy Beach as an example of women being able to accomplish great things even in a "male dominated field" like composing. In fact, Ms. Beach went toe to toe with Dvorak who claimed women had not contributed substantially to composition. Amy Beach wrote to a newspaper citing the large number of compositions women had written for the past two centuries. #ShesTheFirst
www.landmarksorchestra.org/concerts/current-season/ ... See MoreSee Less

We have the joy of performing another Valerie Coleman piece during our "She's the First" concert on 8/18, "Portraits of Josephine." Ms. Coleman's composition explores the story and humor of Josephine Baker, herself a gifted entertainer, civil rights leader, and French Resistance fighter. She refused to perform in segregated venues, forcing performance spaces to integrate their audiences. We are honored to celebrate her through Valerie Coleman's music and hope you will join us.
www.landmarksorchestra.org/concerts/current-season/ ... See MoreSee Less

Our "She's The First" concert on 8/18 is FULL of people to celebrate! Grace Kelly will host AND perform at the concert AND we will perform her piece "Every Road I Walked". Wow! A Brookline native, Kelly performed an original composition with the Boston Pops at age 14 and at Obama's inauguration at age 16...she receives frequent messages from Korean girls grateful to have her to look toward as a role model...and we are grateful to have this opportunity to perform with her. Join us digitally on 8/18 to revel in her music!
www.landmarksorchestra.org/concerts/current-season/ ... See MoreSee Less

In the lead up to a rally in L.A. on June 15, 1911, police told the organizers that "votes for women" speeches were not allowed at the rally. So what did those suffragettes do? They sang their speeches!
Join us on August 18th for "She's The First", a concert to celebrate the 100th anniversary of the 19th Amendment.
#Shesthefirst
#musicmatters
#19thamendment ... See MoreSee Less

Holy whole note! It's the last day of July! And you know what that means - another concert in August! We hope you will join us for our 3rd #digitalconcert, "She's The First" celebrating the 100th anniversary of the 19th amendment! With a full line up of women composers, it will be a night to remember.
www.landmarksorchestra.org/concerts/current-season/ ... See MoreSee Less