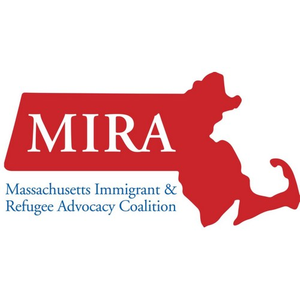 A federal appellate court on Wednesday limited an order that had blocked the nationwide implementation of a controversial wealth test for green cards and immigrant visas, allowing the administration to continue the policy in every state except New York, Connecticut and Vermont. ... See MoreSee Less

The "public charge" rule gives officials more power to deny green cards to applicants found to rely — or be at risk of relying — on government assistance.
View on Facebook
·Share

P.P. and her husband both came to the U.S. as children – she from Peru, he from Argentina. They met out West and came to Boston 3 years ago to pursue career opportunities. She works at a university; he's at a well-known nonprofit. This winter, they had a baby.

P.P. was on maternity leave when the pandemic hit. It was hard to be isolated, she says – she was part of a group of new moms who'd been looking forward to spending time together, "but that went out the window." On the plus side, her husband was able to work from home. When she returned to her job, it was virtual, too.

But as DACA recipients, the couple had another, major reason to feel uneasy: the U.S. Supreme Court was about to rule on the legality of the DACA rescission.

"The whole time leading up to it was knowing that once the decision came, everything could go up in the air, that the lives we were living could go away," P.P. says. She tried not to dwell on it; "my husband was a lot more conscious of it and making plans and being more worried."

On June 18, the Supreme Court ruled that the president could legally rescind DACA, but that he hadn't done it properly, so the program stands for now. It was a relief, yet the "state of limbo" continues: the president is still determined to end DACA.

"I'm choosing not to think about that and make a most of what I can with my work and being with my family," P.P. says, "but I also know that's a privileged space where I'm coming from. Many other DACA recipients can't afford to think like that."

She's also keenly aware of how good it is to be able to work at home, and not worry about exposure to COVID-19, or struggle financially.

"However, whatever happens with DACA would affect us just as much as anyone else," she says. "Right now we feel super blessed and privileged... but if DACA were to be ended, all of this would be gone, and we have no idea what we'd do. We'd lose our jobs, and probably have to go back and be with our families.

"And adding to that, if we were at risk for deportation, now we have a U.S. citizen baby. There's no way that we would be willing to be separated from our child." ... See MoreSee Less

LIVE EVENT going on now.! Watch Eva A. Millona, Congresswoman Clark, Carol Tienken and Myriam Michel discuss the impact that the COVID-19 pandemic has had on nutrition access in Massachusetts and highlight the urgent need for federal investment in programs that support food security for families.

Congresswoman Katherine Clark
1 in 7 #MA residents is expected to experience food insecurity during #COVID19. We can't let families go hungry. Join me at 1pm tomorrow to hear from local leaders on the frontlines and how the #HEROESAct will directly help our struggling neighbors. ... See MoreSee Less

Organizations who work with undocumented immigrants say they have been hearing stories of distress from restaurant workers, child-care staffers and housekeepers, among others. One mother of three children, ages 1, 4 and 6, lost her restaurant job and was homeless.

Washington's $40 million Immigrant Relief Fund will distribute $1,000 grants per individual, up to $3,000 per family, beginning in October and running through December. ... See MoreSee Less

Washington becomes one of only a few states to offer financial assistance to undocumented immigrants harmed by the pandemic but unable to access financial stimulus programs. Advocates had pushed for $...
View on Facebook
·Share

Our CEO, Eva A. Millona, and Carol Tienken, Greater Boston Food Bank COO, will join Congresswoman Katherine Clark for a live discussion on Facebook tomorrow at 1PM. They'll discuss the impact that the COVID-19 has had on nutrition access in Massachusetts and highlight the urgent need for federal investment in programs that support food security for families. ... See MoreSee Less

1 in 7 #MA residents is expected to experience food insecurity during #COVID19. We can't let families go hungry. Join me at 1pm tomorrow to hear from local leaders on the frontlines and how the #HEROE...
View on Facebook
·Share