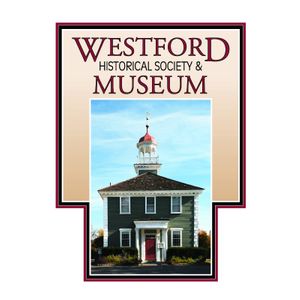 WHERE in WESTFORD is it?
Hint:The road across Stony Brook appears on the 1730 map. The double arch bridge we see in the photograph was built in 1843 by Artemus Cummings who charged the town $240. ... See MoreSee Less

What a wonderful tribute to the Westford Academy Class of 2020.An incredible tribute to the Westford Academy Class of 2020 has been created on the town common. It is quite a sight to see. But we do ask that when viewing the photos please don't stand on the roads. All three roads are extremely busy with a constant flow of traffic. Please be safe. ... See MoreSee Less

Great idea and that's a "first"! comgratulations Class of 2020!

WHERE in WESTFORD is it?
Hint: The creche is used for the live nativity presented each Christmas season by the members of the Methodist Church. A small band plays Christmas carols while those assembled sing as Mary, Joseph and the Christ Child are visited by angels, the magi and shepherds. A donkey and a lamb are nearby. ... See MoreSee Less

Live Nativity Creche is located on Church Street in Graniteville, opposite the Methodist Church.

Graniteville...backed up by the pond.

It was he the forge village or graniteville I can't remember. We used to go to the Methodist Church

WHERE in WESTFORD is it?
Hint: Gus Swanson was born in Sweden in 1886. In 1887, his father immigrated to this country, and a few years later sent for his wife and two sons to join him at their new home on Chamberlin Road in Westford. In 1909, Gus married Lena Clement, and they bought the land at Frances Hill Road which bordered Hunt Road and the site of the marker. There they built a prefab bungalow house, shipped from Washington State. Gus worked in the quarries, first at Fletcher quarry, then in West Townsend. Lena raised their six children. Gus died in 1969, Lena in 1978. Several Swanson descendants still live on Frances Hill. The marker was placed here by one of Gus and Lena's daughters in 2001 ... See MoreSee Less

Swanson Family Marker is located on Hunt Road, on the left just past the Hill Orchard farm stand.